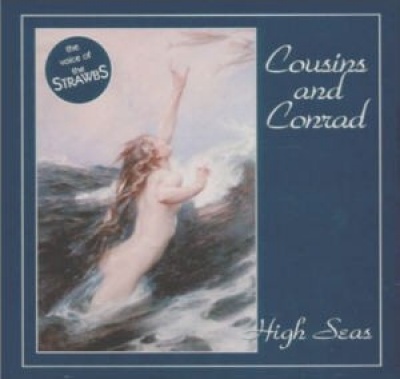 On this collaboration between the Strawbs' Dave Cousins and Conny Conrad, Cousins was quite literally the dominant voice, handling all of the lead vocals. Each of the multi-instrumentalists, however, contributed about equal shares of the material, whether writing alone or as a pair. Although this might be picked up mostly by the progressive rock crowd owing to the duo's past credentials, it's more song-oriented, and folk-rock-influenced, than almost any other prog rock you could find in the early 21st century. While the Witchwood label had often functioned as an imprint for archive and reunion projects in the years prior to this release, this collaboration seemed to have brought out the most original genuine new material from Cousins in quite some time. The songs and production bear all the hallmarks of his Strawbs work: serious, stately observations on matters romantic, celestial, and earthly, with touches of both the urgent folk troubadour and the slightly bombastic prog rock adventurer. As odd as it might seem to those not immersed in the Cousins catalog, at times (such as "Deep Inside") it even sounds a bit like David Bowie in a grave mood. It's a respectable outing from two prog rock veterans, the tone close to a Cousins solo work despite the considerable input from Conrad.