Based on Margot Lee Shetterly's book of the same title, the 2016 film Hidden Figures features a soundtrack written and produced by Pharrell Williams, who has been one of pop music's most prominent artists since his late-'90s rise as half of studio duo the Neptunes. Given the inspirations of Hidden Figures -- the previously unsung African-American mathematicians, all women, who were factors in major NASA achievements -- Williams rightly cedes most of the vocals to an all-female all-star cast. Lalah Hathaway, Mary J. Blige, Alicia Keys, Kim Burrell, and film co-star Janelle Monáe handle lead or duet vocals on six of the ten songs. Though there are contemporary production touches, everything is based in '60s pop-soul -- an unflaggingly upbeat and positive sound with bobbing horn charts, finger snaps, and gospel-style refrains galore. Hathaway, whose turn is on "Surrender," shines brightest. 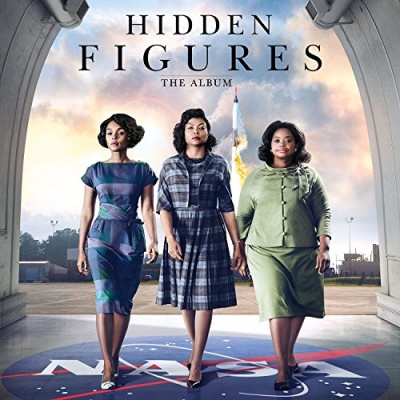