Here I Am Review

Marvin Sapp insists he is a preacher who sings rather than a singer who preaches, but regardless of his sense of self-identity in such matters, it is his strong and soulful vocals that make his albums work far more than the praise & worship themes and lyrics he favors. What he says, obviously, comes into play for his many fans on the contemporary gospel scene (and there are enough of those fans so that Here I Am debuted higher in the Billboard charts than any gospel album in the past 50 years), but he's not conveying concepts that are exactly startling revelations in this field. No, it's that voice that carries the day: a strong, husky, impassioned, and -- above all else -- undeniably soulful vehicle that blasts through these busy arrangements like an alto sax. The songs themselves are fairly interchangeable, with a backup choir and full trap kit mixed high in most of them, giving each the feel of tremendous energy. Toss in Sapp's assertive vocals and you've got some rockin' preaching going on, but in the end, it's really how Sapp says things more than what he says that is left in one's memory. Here I Am (recorded live in 2009) is a bit more uptempo and diverse than Sapp’s previous album, Thirsty, but it’s cut from the same cloth, opening with the very danceable “I Came” and following with similar energy through to the gorgeous praise ballad ”The Best in Me,” arguably the best track here. He may be a preacher who sings, but it's the singing that truly resonates, and on “The Best in Me,” Sapp puts the whole package together. 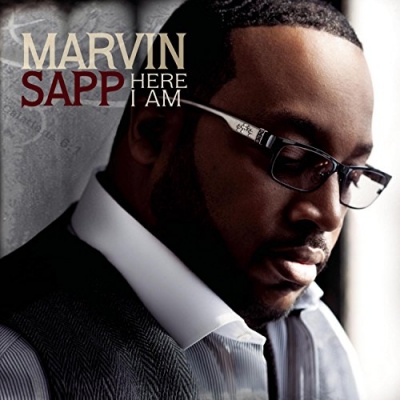 Here I Am Album Information