The release of the Amy Grant compilation Her Greatest Inspirational Songs reflects BMG Music's acquisition of rights to the catalog of Word Records, and is the first survey of Grant's music since The Collection in 1986. Since Grant did not score hits in the usual sense in the period under consideration -- her first six regular studio albums released between 1977 and 1985 -- the selection is bound to be subjective. But any longtime Grant fan will have to wonder how that selection was made. Clearly, compilation producer Paul Williams wasn't worried about repeating tracks from The Collection, since the songs "Sing Your Praise to the Lord," "In a Little While," "I Have Decided," "Thy Word," and "All I Ever Have to Be" are on both albums. That being the case, it's hard to understand why the early Grant favorite "Father's Eyes," which is on The Collection, is missing. (Maybe there's some sort of oversight here; annotator Michael Hill doesn't even seem to know that the My Father's Eyes LP exists. He pointedly calls the debut album, Amy Grant, and the singer's third album, Never Alone, her first two releases, and then refers to Age to Age, her fourth regular studio album, as her third.) Another obvious omission is "Angels," which won Grant a Best Gospel Performance Grammy. There are many excellent tracks on this compilation, but it does not justify the title Her Greatest Inspirational Songs by a long shot. Prospective fans would be better off sticking with The Collection or one of Grant's regular albums of the period, particularly Age to Age or Straight Ahead. 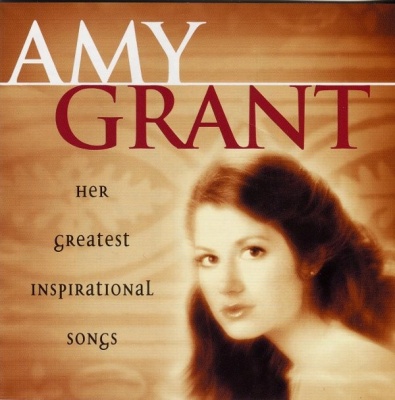