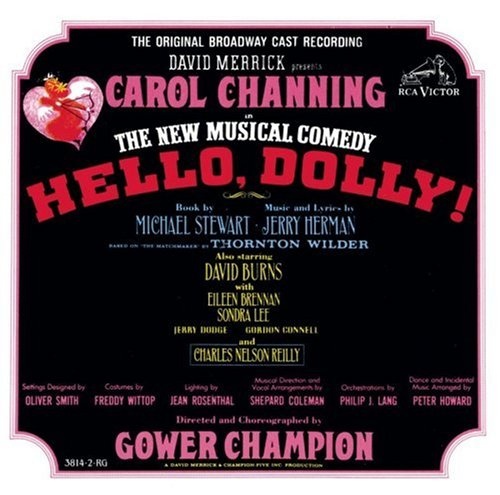 Jerry Herman's musical (with book by Michael Stewart) based on Thornton Wilder's The Matchmaker was one of the last great old-style musicals and a massive hit. Even today, its songs (including the title track, "Before the Parade Passes By," and "So Long Dearie") are so memorable most people can hum them. Herman used a turn-of-the-century, major-chord, big-melody approach, effectively kidded and overcome by Carol Channing in the title role. It's precisely because Channing doesn't quite have the range for these melodies that she's able to express the character so well (an effect lost in the Barbra Streisand movie version, though Streisand has no trouble expressing character in other ways). And the supporting cast, including Charles Nelson Reilly, Eileen Brennan, and David Burns, is ideal.