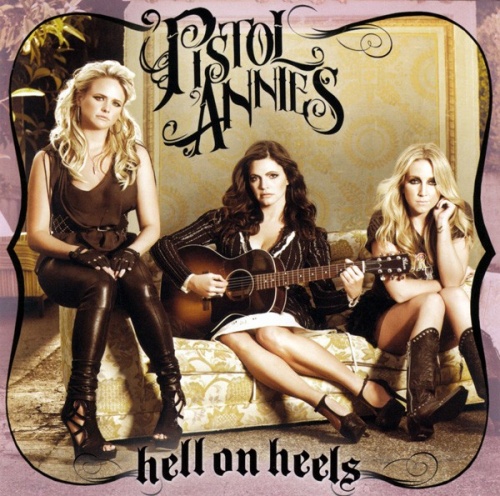 Hell on Heels -- the debut from Pistol Annies, the trio of Miranda Lambert, Ashley Monroe, and Angaleena Presley -- arrived in the waning days the summer of 2011, just months before the release of Four the Record, Lambert's fourth album. Four the Record garnered the attention and airplay, but Hell on Heels had longer legs, helping to shape the sound and direction of country music in the 2010s. That's a lot of baggage to put on a record as modest as Hell on Heels, but its sense of sisterhood was its strength and ultimately the key to its endurance. Upon its release, only Lambert was a solo star -- Presley had yet to release an album and Monroe's career was off to a shaky start -- but Miranda didn't dominate the trio. Pistol Annies celebrated the common ground shared by three distinct voices, voices that shared a sensibility but were complementary. Lambert's swagger is offset by Monroe's sweetness and Presley lends an underpinning of grit, the three combining to write songs rich in empathy and humor. While Pistol Annies don't kick up a lot of dust on Hell on Heels -- "Takin' Pills" bounces to a snapping twang, "The Hunter's Wife" swings to a Texas two-step -- its controlled quietness feels defiant, drawing attention to the sturdiness of the songs and the flintiness of the performances. At their core, the trio is a songwriter's collective, alternating and collaborating on new songs, but Pistol Annies is also a band, gaining power by how their singing and tunes harmonize. Subsequent albums sharpened the trio's collective and individual voices, but Hell on Heels has its own earthy elegance, a spirit and sound that echoed throughout the 2010s.