The Barry Gibb hit machine of the early '80s kept steam rolling at a frantic pace, and Heartbreaker was a major factor in the equation. While it lacks the genius and soulful grit of Dionne Warwick's earlier classic work, the album was polished and painstakingly produced perfectly for adult pop stations. Heartbreaker was tailor made to be played right next to the soft rock hits of the era and it helped to propel the singer into the spotlight once again. Starting off with a bang courtesy of the title track, Warwick and Gibb go through all of the motions. The track sequencing gives the album a feeling of deflation at first, as tempos gradually decrease until "Take The Short Way Home," which is so Gibb-esque that it could be an outtake from Spirits Having Flown. There are a few fragments of filler, most notably with "All I Love in the World," which is almost a redux of the title track. This is not the most definitive album of Warwick's career, but is definitely one of the few highlights that a pop-heavy '80s afforded her. 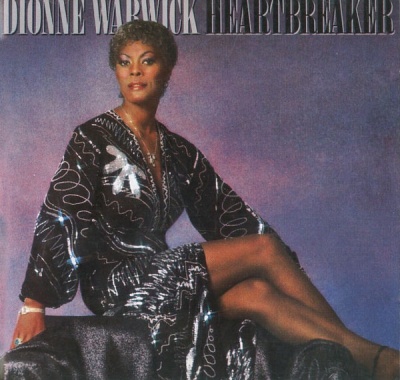