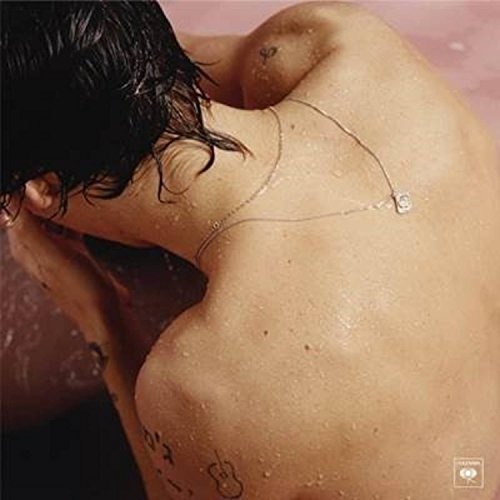 When One Direction went on hiatus and its members went their separate ways to work on solo projects, the most anticipated of them was Harry Styles. His charming persona and elastic vocals had him positioned as the Timberlake of the group -- the one who might be able to stake his own claim in the pop landscape. With his self-titled debut album, he does a fine job of delivering a statement of independence while staying true to the One Direction sound. Working with a small handpicked band and producer Jeff Bhasker, Styles crafted an album that ranges from intimate to epic, while always keeping the focus on his vocals and doing a little self-exploration in the lyrics. He and his team don't really stretch past what One D did musically; there are folky acoustic tunes ("Sweet Creature"), lush introspective ballads ("From the Dining Table"), nods to '80 hair metal ("Kiwi"), and silly pop songs ("Carolina") of the sort that could be found on any One D album. The difference is that with just one guy singing all the songs, Harry Styles sounds more focused and personal. And his voice is a thing of beauty; soaring on the big-screen ballads ("Sign of the Times"), reaching emotional depths on the hushed confessionals ("Meet Me in the Hallway"), and snapping with a Jagger-esque strut on the uptempo songs ("Only Angel"). His lyrics can't quite keep up; along with the occasional cliché, there are too many times when listeners are left guessing who he's singing about instead of losing themselves in the song. That being said, it's certainly no worse than the writing on One D songs. Besides, it's easy to forgive the weakness of the words when they are sung so powerfully and with such conviction. The band Styles employs isn't exactly distinctive, and the production sometimes errs on the side of slickness, but for the most part it all comes together in a pretty package topped by Styles' impressive singing. The album really clicks when the arrangements and production combine into something interesting. "Sign of the Times" is the kind of sweeping, heart-stoppingly epic ballad Robbie Williams mastered; "Ever Since New York" borrows the guitar riff from Badfinger's "Baby Blue," builds a lush wall of Styles' vocal harmonies, and comes off like a well-crafted folk-rock update; and the glammy, Elton John-inspired "Woman" adds some welcome '70s-style weirdness to the proceedings, which is something the album could have used more of. Harry Styles works exceedingly well as a modern pop album and an extension of the One D sound and brand, but as the kind of personal statement Styles wants to make, it comes very close, but ultimately falls just short. More weirdness, less slickness, and a distinct musical vision next time and maybe he'll get there.