Pairing up the 2006 Broadway cast album of The Pajama Game and a newly recorded studio version of the 2001 musical Thou Shalt Not, Harry on Broadway, Act 1 showcases singer/pianist/composer Harry Connick, Jr.'s two forays onto the Great White Way. While Connick did not originally perform in Thou Shalt Not, here he takes on the lead in his adaptation of Émile Zola's novel Thérèse Raquin. A dark romance of adultery and murder, Thou Shalt Not received a mixed critical and public response after it opened, and the tragic events of 9/11 only compounded the problems. Nonetheless, despite a low-key and often melancholy sameness to these songs, Connick's warm vocals and superb piano playing combined with appearances by saxophonist Branford Marsalis makes this version -- there is also 2002's Thou Shalt Not [Original Broadway Cast] -- a winning jazz album. Similarly, Connick's star turn as the lead in Richard Adler and Jerry Ross' classic '50s musical The Pajama Game is a case of brilliant casting and superb talent meeting first-class material. Connick, with his supple vocals and movie star looks, was born to play these kinds of roles, and in some ways he even bests original star John Raitt as Connick is a true jazz vocalist who can imbue these songs with Sinatra-esque flair. 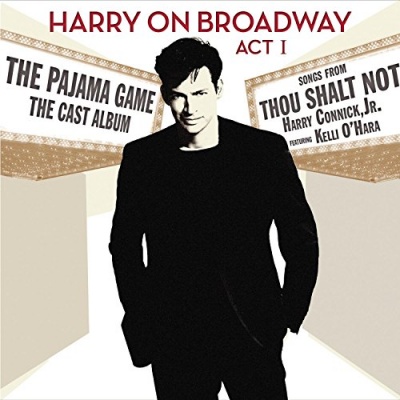