After a string of mediocre albums throughout most of the 1970s, Muddy Waters hooked up with Johnny Winter for 1977's Hard Again, a startling comeback and a gritty demonstration of the master's powers. Fronting a band that includes such luminaries as James Cotton and "Pine Top" Perkins, Waters is not only at the top of his game, but is having the time of his life while he's at it. The bits of studio chatter that close "Mannish Boy" and open "Bus Driver" show him to be relaxed and obviously excited about the proceedings. Part of this has to be because the record sounds so good. Winter has gone for an extremely bare production style, clearly aiming to capture Waters in conversation with a band in what sounds like a single studio room. This means that sometimes the songs threaten to explode in chaos as two or three musicians begin soloing simultaneously. Such messiness is actually perfect in keeping with the raw nature of this music; you simply couldn't have it any other way. There is something so incredibly gratifying about hearing Waters shout out for different soloists, about the band missing hits or messing with the tempos. Hey this isn't pop music, it's the blues, and a little dirt never hurt anybody. The unsung star of this session is drummer Willie "Big Eyes" Smith, whose deep grooves make this record come alive. The five-minute, one-chord "Mannish Boy" wouldn't be nearly as compelling as it is if it weren't for Smith's colossal pocket. Great blues from one of the dominant voices of the genre. 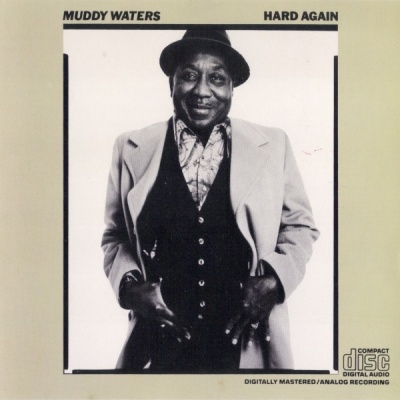