Hand Built by Robots is the debut album by British singer/songwriter Newton Faulkner, who has been compared to many of his peers whom he supported on their U.K. tours, including James Morrison and Paolo Nutini. The intentions of the album are made clear on "Intro," 34 seconds of acoustic guitar picking, and as he moves into the album proper on the tracks "To the Light" and the first single to be released, "I Need Something," there is more of the same: pleasant songs with a minimum of backing. "All I Got" reminds one of Extreme's "More Than Words" and on the second single, "Dream Catch Me," there is much more meat on the bones of the song -- and this finally propelled him into the Top Ten for the first time. For just over a minute, one really is wafted away to an Indian restaurant on the mini track/interlude "Sitar-y Thing," and there are several of these short interludes scattered throughout the second half of the album, including "Face Her" and "She's Got the Time," which wouldn't sound out of place on one of Paul Simon's world record albums. A cover of the Massive Attack ethereal song "Teardrop" is stripped bare and translated to an acoustic version with none of the power of the original, but possibly more feeling. The album entered the charts at number three and, surprisingly, climbed to the very top several weeks later. 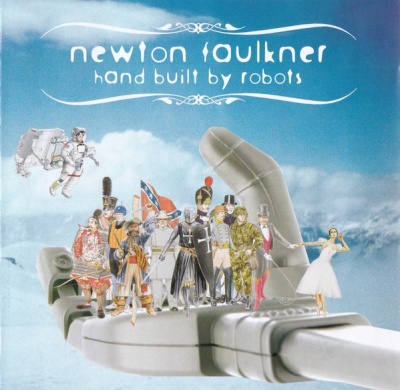