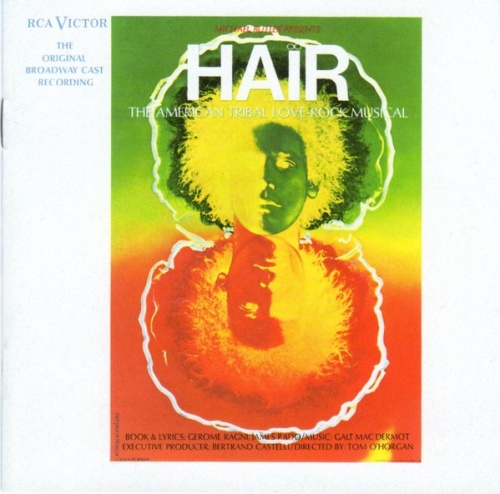 Hair was both celebratory and anticlimactic at the same time. Heralded by many at the time as being a rejuvenation for musical theater, it was also supposed to "speak" for the youth. The problem with that is that any time you attempt to allow a piece of written work to speak for a generation, it invariably fails. It is undoubtedly impossible for one musical to classify every attitude held by a person under 30 at that time. Given this fact, Hair was destined to be considered a disappointment. However, if you take the score out of this context and listen to it simply as a snippet of some prevalent beliefs of the time, or simply as a fictional work, it is really quite wonderful. As Claude's best friend is expelled from high school and the love of Claude's life loves someone else, Claude must struggle with the decision to submit to government regulations in which he doesn't believe. A youthful exuberance covers the proceedings, with the first act ending with the infamous nude sequence. The music is heartening and invigorating, including the classics "Aquarius," "Good Morning Starshine," "Let the Sunshine In," "Frank Mills" (which was covered by the Lemonheads on their 1992 album It's a Shame About Ray), and "Easy to Be Hard." The joy that has been instilled in this original Broadway cast recording shines through, capturing in the performances of creators Gerome Ragni and James Rado exactly what they were aiming for -- not to speak for their generation, but to speak for themselves.