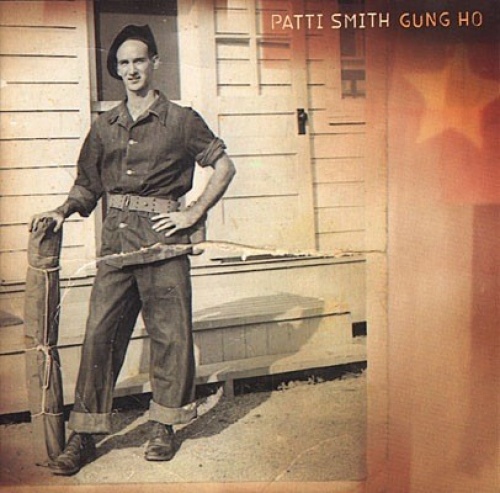 Patti Smith's late-'90s comeback was devoted to reflective, intensely emotional music that explored her life in seclusion and the losses that forced her to reconnect with the larger world. They were acclaimed, ambitious, successful records, but they steered away from Smith's angry, activist muse, plus her penchant for visceral music. She rediscovers both on Gung Ho, her most immediate album in years. "Immediate" doesn't necessarily mean rock & roll, though. At times, she does reconnect with garage punk, notably on the Farifisa-fueled "Persuasion" and "Glitter in Their Eyes," which is graced by the guitar of Tom Verlaine, but her remarkable band -- featuring guitarists Lenny Kaye and Oliver Ray, bassist Tony Shanahan, and drummer Jay Dee Daugherty -- sounds direct and forceful even on the mid-tempo cuts that dominate the album. Smith doesn't shy away from the personal -- after all, the cover shot features her father, Grant, and the title track appears to deal with his war experiences -- but she works on a broader plane throughout the album, concentrating on larger, social messages even in the more intimate moments. The result may not be as haunting as Gone Again, but it's superficially nervier, reminiscent of a subdued, mature version of Easter. In other words, it's another handsome, shaded, and satisfying work from an artist who has reconnected with her muse.