Although it's missing a few important (not to mention big) hits, Greatest Hits, Vols. 1 & 2 is an excellent retrospective of the first half of Billy Joel's career. Beginning with "Piano Man," the first disc runs through a number of early songs before arriving at the hit-making days of the late '70s; some of these songs, including "Captain Jack" and "New York State of Mind," weren't strictly hits, but were popular numbers within his stage show and became radio hits. Once the songs from The Stranger arrive halfway through the first disc, there's no stopping the hits (although "Scenes From an Italian Restaurant," an album track from The Stranger, manages its way onto the collection). In fact, over the next disc and a half, there's so many hits, it's inevitable that some are left off -- to be specific, "Honesty," "Sometimes a Fantasy," "An Innocent Man," "Leave a Tender Moment," and "Keeping the Faith" aren't included. But all the other hits -- including "Just the Way You Are," "Only the Good Die Young," "My Life," "You May Be Right," "It's Still Rock and Roll to Me," "Don't Ask Me Why," "Allentown," "Tell Her About It" and "Uptown Girl," among many others -- are present and accounted for, as are two new songs ("You're Only Human (Second Wind)," "The Night Is Still Young") that became hits as well. In short, Greatest Hits, Vols. 1 & 2 does its job perfectly, encapsulating exactly why Billy Joel was one of the most popular singer/songwriters of the late '70s and early '80s. 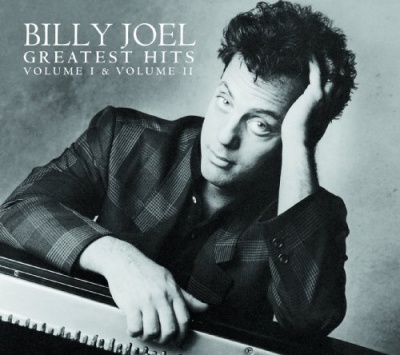