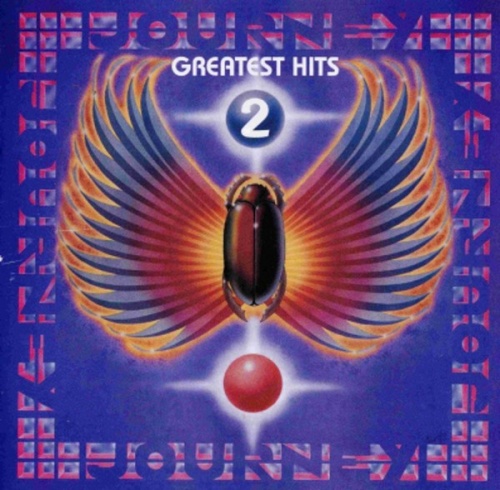 Designed as a companion piece to the original Journey Greatest Hits -- a compilation released some 23 years earlier in 1988 and reissued on vinyl the same week this sequel arrived in 2011 -- Greatest Hits, Vol. 2 collects the singles, album rock hits, and album tracks that didn’t make it onto the first hits disc. This doesn’t leave too many familiar tunes for Greatest Hits, Vol. 2: the charting hits here are “Stone in Love,” “Still They Ride,” “After the Fall,” “The Party’s Over (Hopelessly in Love),” “Suzanne,” and “Walks Like a Lady,” the first of which is a Journey classic that likely should have been on the first Greatest Hits, but apart from “Still They Ride,” the rest are the kind of second-tier singles recognized only by listeners already somewhat dedicated. This says nothing about the quality of the songs -- they are the kinds of tunes that make for a “more of the best” compilation, songs reminiscent of other hits but just not quite as immediate or epic, not as memorable for one reason or another -- but there’s not really anything to entice a listener outside of the notion of completeness. And for those who do believe in completeness and yet didn’t spring for 2001’s double-disc The Essential Journey and so are in need of a companion to that 1988 collection, this serves nicely.