Alan Jackson was one of the leading lights of contemporary country music in the '90s and the key to his success is that he managed to be straightforwardly traditional without sacrificing his taste for slightly mawkish sentimentality. The first tendency got him respect, the second sold him records, and if the latter is emphasized on the 18-track Greatest Hits, Vol. 2, that's because that's what hit the charts, particularly as he settled into his role as a veteran during the second half of the '90s, the period that this volume covers. There's little faulting this as a collection of hits, since it picks up precisely where 1995's Greatest Hits leaves off, then runs through all the hits in chronological order, adding two new songs -- the cheerful Jimmy Buffett duet "It's Five O'Clock Somewhere" and the slow, nostalgic "Remember When" -- at the end. This does its job right, functioning as a good, thorough collection of hit singles, though it has to be said that taken as an album, the sentimental stuff does weigh a little heavy and it's hard not to wish there were a few more hardcore honky tonk numbers like "Pop a Top," just to give the album some variety and a quicker pace, but it's hard to fault this as a collection of big hits. [Greatest Hits, Vol. 2 was released initially with an eight-track bonus disc, containing a bunch of album tracks, relying heavily on 1994's Who I Am, along with two tracks from 2002's Drive. Not a bad bonus disc -- actually, it's pretty enjoyable -- but it's hardly a collection of rarities, either.] 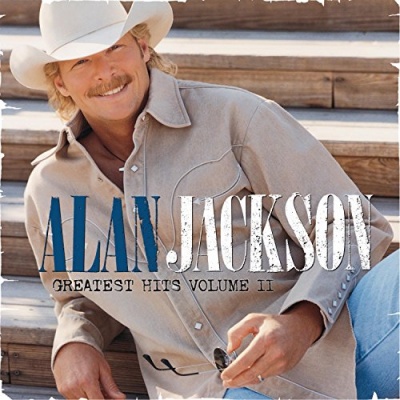