A decade after changing the metal landscape drastically with their self-titled debut juggernaut, Korn got the best-of treatment just as their standing began to seem increasingly shaky, commercially at least. Greatest Hits, Vol. 1 sadly isn't the disc it ideally could be, but it nonetheless summarizes how steady Korn were over the years, developing their sound oh so slightly from one album to the next and, in the process, coming up with several unquestionably killer songs every go-round. The band's six full-lengths resulted in enough of those killer songs to fill this best-of to the brim; in fact, there are quite a few more that could have been compiled here if there were more space on this single-disc release (a double disc would have been definitive). As it stands, however, practically every song here is a highlight in and of itself, with the sole exceptions of the below-par "Alone I Break" and a pair of album-opening covers: Cameo's "Word Up!" and Pink Floyd's "Another Brick in the Wall, Pts. 1-3." These newly recorded covers are here undoubtedly to bait the legions of Korn fans who already own all the band's albums but are loyal enough to purchase this best-of as a way to hear these songs. And yes, they're quite curious, so much so that you'll want to give them a listen if you're a fan (download them, though -- they're curious, no doubt, but certainly not worth the price of this disc alone). The band's "Word Up!" cover is awesome, and the Pink Floyd cover is overwrought, yet enticingly so. Then again, these two songs are so well known that you have to wonder, what's the point? Like Korn's previous cover of Metallica's "One," though, the point seems to be one of curiosity rather than one-upmanship.

In any event, these covers aren't the best way to start off this best-of -- not at all -- nor is the reverse chronological sequencing ideal. Because Korn developed their sound over the years, even if only slightly, it'd have been better to map out that progressive trajectory here, rather than hear the band regress from the elaborate, theatrical bombast of their later albums to the stripped-down naked rawness of their fierce debut. These quibbles aside, it's worthy stating again that nothing but great songs are featured here. If you're new to Korn, the most influential and successful metal band of the '90s, this disc should blow you away -- that is, assuming you're a fan of extreme music with a dark, disturbing edge. But if indeed you're new to Korn, you'd be better off skipping over this best-of and heading straight for their self-titled debut (their one undisputed classic), and then moving chronologically forward through the band's catalog. Each album stands well on its own, albeit some better than others, and here you're only getting the tip of each iceberg. If money is a concern, however, and you can only afford one Korn disc for your collection, don't think twice about picking up Greatest Hits. You won't be disappointed. No chance of that. Plus, there's a bonus DVD here of Korn's 2003 show at CBGB's that will give you a good taste of what the band is like live. 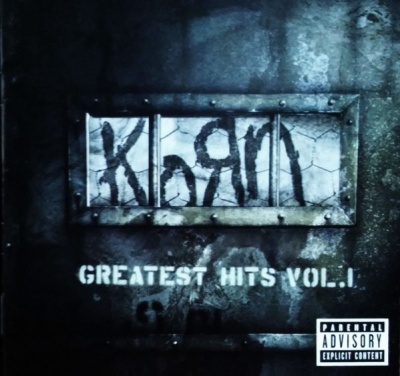