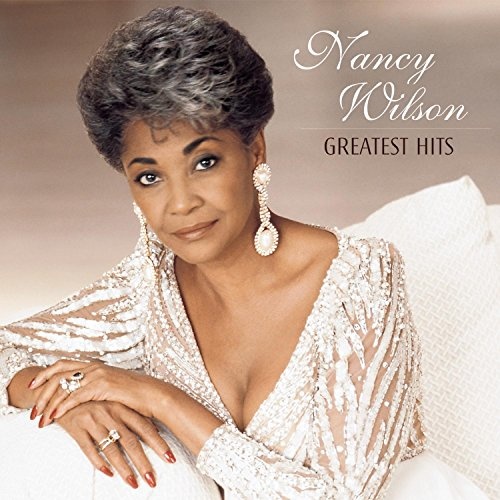 A "greatest hits" album, a concept pioneered by Columbia Records, is usually thought of as a compilation containing the single recordings by an artist that scored on the charts. In that sense, one might wonder what business Columbia had releasing a Nancy Wilson album called Greatest Hits since, in her 12-year tenure with the label, she had only placed four singles on the R&B charts, none of which reached the top half of the list. Those four recordings, "Love Won't Let Me Wait," "I Can't Make You Love Me," "Do You Still Dream About Me," and "Don't Ask My Neighbors," lead off the collection, and there is a previously unreleased "after hours mix" of "I Can't Make You Love Me" at the end. In between, there are two recordings that originally appeared on Capitol Records, Wilson's label from 1960 to 1980, one of which, "Save Your Love For Me" (accompanied by the Cannonball Adderley Quintet), was her initial R&B chart hit. The rest of the tracks are drawn from Wilson's Columbia albums of the 1980s and '90s, and they include: "Wish You Were Here," a duet with James Ingram; Stephen Sondheim's "Loving You," a duet with Peabo Bryson; "The Two Of Us," from the album of that title, which was co-billed to Ramsey Lewis; and "Forbidden Lover," a duet with Carl Anderson.

It all adds up to a compilation of lush, jazz-tinged R&B love songs expressively rendered by Wilson. It just doesn't add up to a greatest hits album.