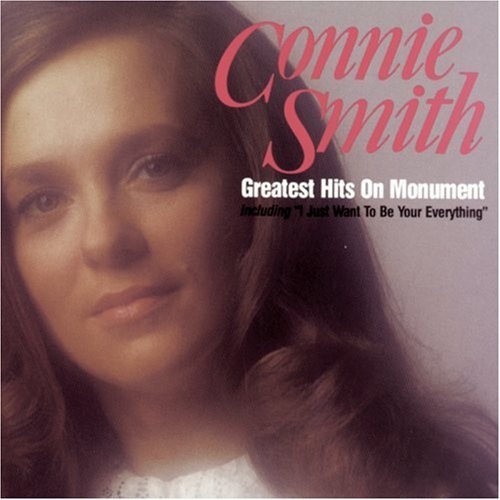 It's easy to see why fans of pure country -- the kind of music Connie Smith effortlessly made during the '60s -- are not crazy about her late-'70s recordings for Monument. Once she signed with the label in 1977, country was pretty much a thing of the past for her, as she delved not just into country-pop, but into heavily produced adult contemporary ballads and big, shiny disco-influenced pop numbers -- surely not the kind of thing to please purists. And it didn't please nearly as many fans, either, since the hits dried up not long after her relatively faithful cover of Barry Gibb's "I Just Want to Be Your Everything" went to number 14 on the singles charts. She had a few other hits -- the straight disco "Lovin' You Baby" inexplicably went into the country top 40, but "Smooth Sailin'," "There'll Never Be Another for Me," "Don't Say Love," "Lovin' You, Lovin' Me," and "Ten Thousand and One," all charted outside of the country Top 40, in progressively smaller positions -- but her albums all stiffed. It's not hard to see why they didn't get a bigger audience. This is commercial music that doesn't really work. It has a state-of-the-art production that dates instantly, walks the line between crossover pop and country-pop rather clumsly, and lacks good material. Smith still sings well throughout it, but it's not a very good showcase for her talents, nor is it very good as crossover pop -- it's too square and middle of the road, making the urban cowboy bubbling up at the time seem risky and edgy. As an artifact of its time, it is rather interesting -- this is what MOR radio sounded like at the time, even if none of these were hits -- but even if the production is appealingly soothing and mellow, the songs simply aren't good enough to make this interesting to anybody outside of hardcore fans of soft soft pop (probably something that doesn't exist) or dedicated fans of Smith. Sometimes, purists can be right.