The Best of Leonard Cohen samples 12 of the many highlights from the singer's first four studio LPs. With a heavy emphasis on the debut Songs of Leonard Cohen and its follow-up Songs From a Room, the set includes such masterpieces as "Suzanne," "So Long, Marianne" and "Bird on the Wire," as well as later efforts including "Chelsea Hotel" and "Famous Blue Raincoat." 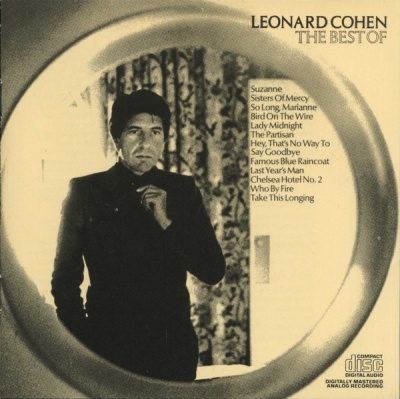