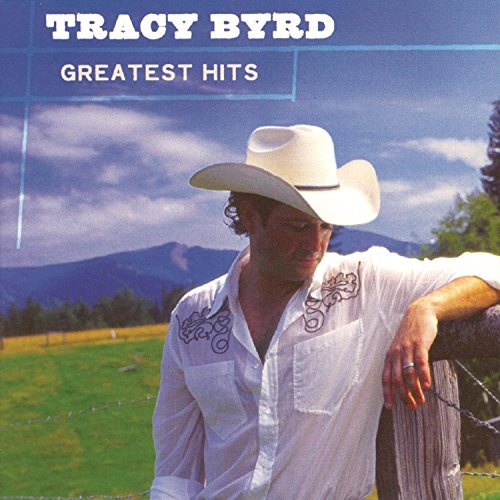 Tracy Byrd's first hits compilation, 1999's Keepers: Greatest Hits, covered his hits for MCA during the '90s, as did his second, 2001's 20th Century Masters: The Millennium Collection (eight of its ten songs were on Keepers as well). His third collection is 2005's Greatest Hits and it's the first to cover his recordings for RCA in the 2000s. While this is only three albums -- 1999's It's About Time, 2001's Ten Rounds, and 2003's The Truth About Men -- it is a period of time that not only gave Byrd his biggest hit with "Ten Rounds With Jose Cuervo," but found him coming into his own as a funny, loose-limbed neo-traditional country singer. His material wasn't only become more distinctive, so were his performances, and the best moments of these three records were ridiculously fun. Most, but not all, of those performances are collected on Greatest Hits, along with two new songs -- the rowdy road trip anthem "Johnny Cash" and the even better "Revenge of a Middle-Aged Woman" -- and new versions of his MCA hits "Watermelon Crawl," "Keeper of the Stars," and "I'm From the Country." Often, re-recorded tunes for hits collections are rote, perfunctory filler, but these three tunes illustrate how Byrd has hit his stride; they equal, or arguably eclipse, the originals and help keep the record moving along at a rapid clip. Yes, a couple of charting singles are missing -- 2000's "Love, You Ain't Seen the Last of Me" and 2004's "How'd I Wind Up in Jamaica" -- and since this clocks in at a mere 12 tracks, they really could have fit on here, but that aside, this is an otherwise impeccable collection that's nothing but pure fun.