Al Hirt was a popular jazz and pop trumpeter who took pains to distance himself from jazz. He seldom improvised and, particularly in the '60s, gravitated toward pop-oriented tunes with prominent fixed melodies. In that sense, he was a bit like a horn-blowing version of Floyd Cramer or Lenny Dee. Greatest Hits has 14 cuts in various styles, from the bubblegum of "Sugar Lips" to the romantic "I Can't Get Started." The latter features a mixed chorus singing under Hirt's solos, while "Sugar Lips" adds gimmicky kissing noises. Hirt returned to his Dixieland roots on "Clarinet Marmalade" and "When the Saints Go Marching In," but the anthology's centerpiece is "Java," a Top Five hit from 1964 and an instrumental pop classic. Hirt recorded much of his music in Nashville with Chet Atkins, and it shows, particularly on "Cotton Candy" and Hirt's rendition of the Floyd Cramer hit "Fancy Pants." All of the recordings were made during Hirt's peak years of 1962-65. Greatest Hits is not a true greatest-hits anthology, since only a handful of actual hits are included. Hirt had more than enough easy listening chart hits to fill the disc, but it is a representative sampler of singles and album tracks. 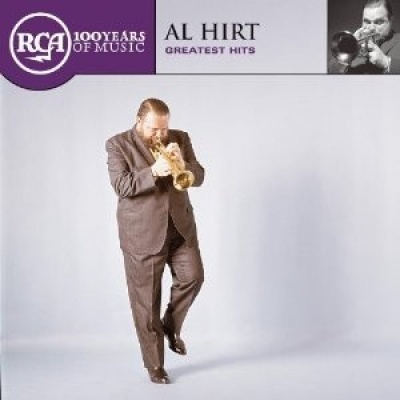