Kenny Chesney had his first Greatest Hits at the dawn of the millennium, just as he was turning into the biggest country star in the U.S. He wound up dominating much of the decade with his easy, breezy Caribbean country, equal parts heartland rock and Jimmy Buffett beach music, and that domination is summarized on 2009's Greatest Hits II, a 15-track collection that contains only one new song in the opening "Out Last Night," an amiable day-after shuffle that doesn't rock like "Beer in Mexico" but is livelier than most cuts on the two albums that preceded this comp. Chesney's records from the last stretch of the decade were so suited for a lazy afternoon that they sometimes could border on listless, but this collection does a good job of disguising that sweet dullness, concentrating on the songs that made him a superstar: "Living in Fast Forward," "There Goes My Life," "No Shoes, No Shirt, No Problems," and his duet with Uncle Kracker, "When the Sun Goes Down." Some of his full albums were rewarding in their own right, but none of them quite captures all of his easy charms like this fine hits collection. 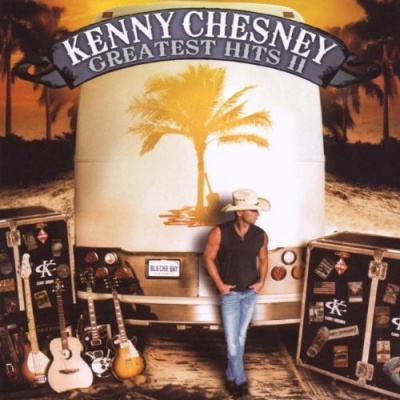