No artist has promoted the Spanish piano literature more effectively and memorably than Alicia de Larrocha, and this album of works by Enrique Granados is a fine example of her important contributions in this specialized field. From her relaxed, generous playing and her passionate, lyrical expression in the six pieces of Goyescas, there can be no doubt that de Larrocha relishes this suite. Granados' writing for the piano is extremely elaborate, and often suggests the fiery strumming of a flamenco guitarist or the virtuosic harpsichord figurations of Domenico Scarlatti's sonatas. The selections from the Danzas españolas also partake of this highly filigreed style, and most pianists find the continual intricacy daunting and difficult to bring off with authentic Spanish flavor. But de Larroccha has lived with this music and performed it for more than six decades, and she is comfortable with every arabesque and arpeggio. Furthermore, her familiarity from childhood with the performance practices taught at the Academia Granados in Barcelona makes her interpretations of Granados' works as trustworthy as anyone could wish. Compiled from recordings made between 1989 and 1994, this 2004 reissue restores de Larrocha's brilliant performances to the catalog after an absence of several years, and RCA's sound is magnificent. 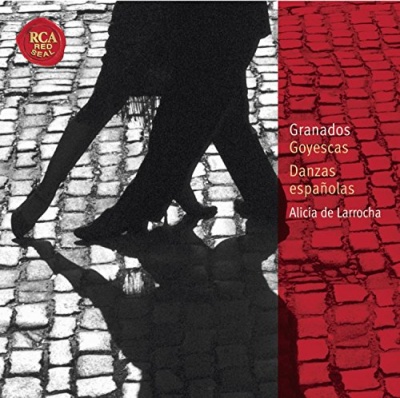