Robert Randolph is one of the rare artists who's been able to convince a sizable audience that the pedal steel guitar has a place outside country music. This is partly due to his over-the-top skills on the instrument, but just as importantly, Randolph and his Family Band have consistently shown their ability to launch a soul shakedown party of major proportions whenever they take the stage or set up in the studio. 2017's Got Soul, Randolph's fifth studio album, seems designed to capture the energy and power of Randolph and his band in full flight, and producer Matt Pierson has gone out of his way to give this material a big, rollicking sound that makes the most of the muscle and sweat of this music. While the tough, funky report of the rhythm section and the call of the organ provide the backbone of these songs, it's Randolph's pedal steel that gives Got Soul its unique sound, as the wailing peals of his instrument tear through the mix and lend this as much of a vocal presence as any instrumentalist can provide. While vintage soul and funk figures play a big role in these arrangements, Randolph's background in gospel is never entirely out of the picture, and there's a churchy passion at the heart of this music that adds plenty to the emotional resonance, especially on tracks like "Be the Change" and "Heaven's Calling." But even when Randolph is drawing on the gospels, the palpable joy of this music carries the day, and despite the presence of guest artists like Cory Henry, Anthony Hamilton, and Darius Rucker (the latter delivering one of the most emphatic vocals of his career on "Love Do What It Do"), it's Randolph & the Family Band's talent and fervor that make this album special. Got Soul is taut, joyous, heartfelt music that mixes Saturday night and Sunday morning, and the results will make you take notice any day of the week. 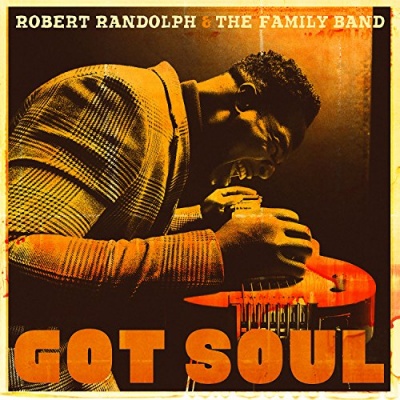