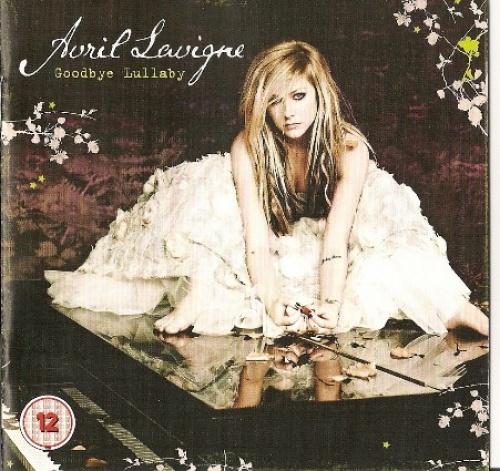 Maturity already proven to be Avril Lavigne’s bugaboo way back in 2004 when she stumbled through a Chantal Kreviazuk co-written sophomore set called Under My Skin, the former mall punk once again returns to reflection for her fourth album, 2011’s Goodbye Lullaby. The occasion for introspection is Lavigne’s divorce from Sum 41 singer Deryck Whibley, who has some presence as a producer and phantom on Goodbye Lullaby, sometimes even standing at the helm for a lovelorn, regretful tune. Lavigne has songwriting credits on every cut here, bearing sole responsibility for half of the tunes. These are not the ones that stick. The ones that stick are Max Martin productions that he co-wrote, including first single “What the Hell,” which approximates Avril’s irrepressible brattiness only without seeming much fun at all. Despite Martin’s immense skill, he can’t quite get Avril to crack a smile here and her sorrow feels affected in a way that, say, P!nk’s never did on her comparable Funhouse. Lavigne once again seems to be grappling with emotions just beyond her reach, never articulating her angst or crafting a melancholy melody, making Goodbye Lullaby feel affected, not genuine.