Far more than just a sampladelic trip-hop group by their third full album jaunt, Groove Armada began solidifying its reputation as one of the most copacetic production acts in electronica, equally comfortable building grooves behind folkie Richie Havens, disco maverick Nile Rodgers, and underground rapper Jeru the Damaja (yes, all three make appearances). The pair kick it off in grand style, recruiting Jeru (one of the most underrated rappers in the hip-hop world) for "Suntoucher," a breathtaking production that seeks the middle ground between a classy spy soundtrack and a classic rap track (straight out of DJ Premier's playbook). The trailer single, "Superstylin'," is another great track, a smooth, swift fusion of acid house and dub with the chatting of frequent collaborator Mike Daniels. Groove Armada isn't just branching out from "juvenile" sampladelia to more "mature" band productions, the duo's getting better at making music. Unfortunately, problems arise when the pair mature so far they soon reach the bland, ultra-smooth side of adult contemporary. The two features for Richie Havens ("Little By Little," "My Friend") are prime examples; the bright acoustic guitar and Havens' wizened growl are the only "edgy" elements in the entire productions. "Lazy Moon" and "Fogma," a pair of solid instrumentals, bring it back slightly, though Groove Armada would be served best by sinking back into the underground and not adjusting its sensibilities to its collaborators, no matter how respected they are. 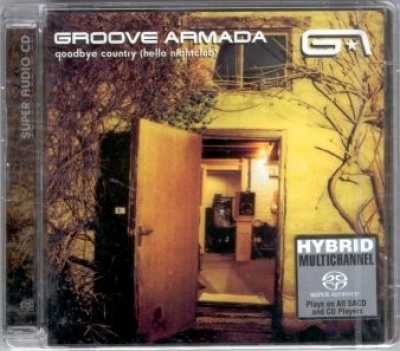