This ten-song, 22-minute budget-priced release includes the hits "T for Texas" and "Mountain Dew" (a 1960s re-recording) as well as such familiar fare as the classic dog songs "Old Rattler" and "Old Blue," the rip-roaring banjo workout "Are You From Dixie," and relatively reflective songs such as the idyllic Tennessee paean "Nashville on My Mind." The most interesting number here is Jones' own, topical "King of the Cannon County Hills," sort of his answer to "Okie From Muskogee," with digs at hippies ("let the hippie have his LSD and pills") and college students amid his description of rural southern life. Anyone who's heard "T for Texas" as done by the Everly Brothers or anyone else since Jimmie Rodgers hasn't really heard the song until they've heard Grandpa Jones' version here, which has the richness of a page out of a William Faulkner novel and about the best playing the song has ever gotten (and some great yodeling too). The sound is crisp if unexceptional, with nice stereo separation, and there are no notes, but until a proper Monument collection is released domestically this seven-dollar job will have to suffice. 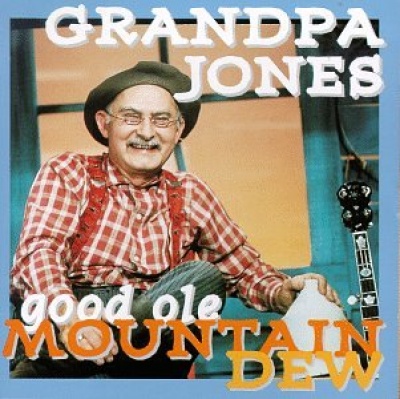