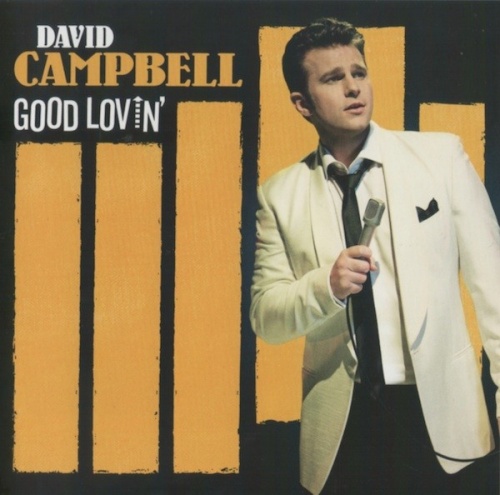 David Campbell burst onto the Australian scene with covers of classic songs from the swing and popular jazz era -- a slightly younger Michael Bublé of sorts, but with perhaps a little more of a tendency to emulate the classic recordings rather than making them his own. With Good Lovin', he moves from his previous 1950s territory into the '60s, and into blue-eyed soul. The result is somewhat similar to his Swing Sessions outings -- the pieces are arranged and orchestrated in a manner stunningly true to the original recordings. There's nary a note out of place. Similarly, Campbell tends to perform the songs in a straightforward manner, adding just a bit of his own accentuation from time to time but largely trying to match the greats instead. Coupled with the well-defined enunciation of all his vocals, the sound can verge on karaoke stylings from time to time, especially when the arrangements are particularly dated (case in point: the Young Rascals' "How Can I Be Sure," which gets an almost circus-like sound). There are a couple of interesting points, such as the duet with Campbell's father (singer Jimmy Barnes) on "You've Lost That Lovin' Feelin'," but the album never really manages to move away from sounding like a basic lounge act.