Punk-ska quintet Good Charlotte often sounds like a cross between Green Day and Smash Mouth on its self-titled debut album, and the band members also show evidence of a familiarity with the Clash. The beats come fast and furious, the simple guitar chords noisily fill the middle range, and the vocals are sung with snotty belligerence. "Little Things," the lead-off track, sets the tone; it's about the petty humiliations an outsider can encounter at high school. Elsewhere, the lyrics speak of musical aspirations in the face of 9-to-5 pressures, condemn absent fathers, and berate ex-girlfriends who would rather date football heroes. This is all standard-issue stuff, and in fact the only odd element here is an occasionally expressed religious interest. The band members all give profuse thanks to God in their acknowledgments in the CD booklet, and God also turns up here and there in the lyrics, such as in "Complicated" ("giving thanks to the lord, and I pray every day") and in the hidden bonus track, apparently titled "Thank You Mom" ("You showed me how to love my god"). Religion can turn up in the strangest places, of course, but such remarks seem incongruous among lyrics that casually employ minor vulgarities and have a generally angry tone, performed by a group that favors tattoos and extensive piercings in its photographs. Good Charlotte can't quite be called a CCM group on the basis of its debut album, but the band's songs definitely send mixed messages. [The compact-disc version of Good Charlotte is a "CD Extra," its multimedia content consisting of a music video for "Little Things" that finds the group cavorting in a high school.] 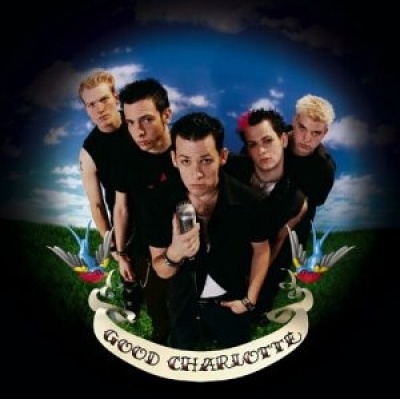