Singer and songwriter Paul Baloche did not set out to be an internationally known worship leader. In fact, at one point in his life the French-Catholic-raised Baloche considered joining the priesthood. However, his passion for music was inescapable. The musician, who according to an interview with Tyler Morning Telegraph, "was pretending to be in a rock band" while other kids played army, soon found himself playing the New Jersey nightclub circuit. It was not until 1980, when he experienced a life-changing conversion, that Baloche begin to move into praise & worship music. In October of 2001, Hosanna! Music released his project God of Wonders. The live album features a collection of contemporary, acoustic worship songs, including the title track, made popular by the compilation release City on a Hill. Additional songs include "The Way" and "Take My Life and Let It Be." One of the album's most moving moments occurs during the track "Holy, Holy Holy! Lord God Almighty," in which the congregation joins Baloche, voices lifted high to heaven. When all is said and done, God of Wonders is a moving collection of praise & worship songs with the ability to quietly and tenderly draw listeners into sweet fellowship with God. 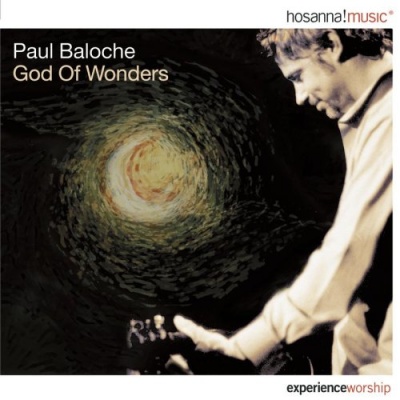