The soft commercial performance of 2013's Britney Jean made it clear that it was time for Britney Spears to shake up her recording career -- a move made somewhat less urgent due to the success of Britney: Piece of Me, the residency show she launched at Las Vegas' Planet Hollywood a few months after the release of Britney Jean. Sin City's influence can be heard within the splashiness of the arrangements of certain portions of Glory, the 2016 album designed to be Britney's return to the Top 40. To that end, Glory downplays the show biz glitz of Vegas in favor of modern dance-pop, one with EDM undercurrents and hip-hop overtones. Sometimes echoes of other stars can be heard -- Justin Bieber's Purpose appears to a primary text -- but despite this contemporary gloss, the album usually relies on sounds of Spears' past, trading heavily on the cloistered dance of Blackout and the shimmering neon of Femme Fatale. Glory is much lighter than either album, a reflection of Britney's maturation -- the softer nocturnal numbers make a play for Ellie Goulding territory, but they could slide onto adult contemporary -- and her willingness to be goofy. Some of the highlights are the silliest songs: the swinging "Clumsy," the overheated flamenco chorus of "Do You Wanna Come Over?," and "Private Show" and "Slumber Party," a pair of heavy-breathing come-ons that never manage to seem sexy despite the flood of innuendo. Such moments accentuate Britney's playfulness, an aspect of her persona that's been in hibernation for nearly a decade, and it's a welcome return, as is Glory as a whole: it feels as fun and frivolous as her earliest music while retaining the freshness of her best mature work. 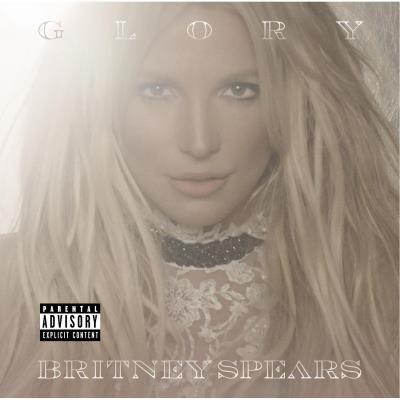