Glad All Over Review

The Wallflowers quietly entered an extended hiatus after the 2005 release of Rebel, Sweetheart, spending the next seven years flitting between tours and inactivity. During the downtime, Jakob Dylan pursued a solo career, generating respectable enough results, but eventually the band -- complete with founding keyboardist Rami Jaffee, who had left during a supporting tour for a greatest-hits compilation -- regrouped in 2012 to record Glad All Over, a vivid, colorful album that has very little connection to the austere Women + Country, Dylan's last solo album. After stripping his music down to the bone, Dylan sounds giddy to flesh out the skeleton with the assistance of a sympathetic band, sometimes augmented by his hero Mick Jones. With him aboard, the Wallflowers wander into Big Audio Dynamite territory -- complete with a lyrical shout out to Joe Strummer, "Reboot the Mission" acts as a de facto BAD tribute, while "Misfits and Lovers" splices those clean, modernistic lines with Wallflowers straight-ahead rock & roll -- and that suggests just how much ground the group covers on Glad All Over. As the record rolls on, the Wallflowers dabble with a number of different sounds, unleashing a full-on Motown bounce on "Have Mercy On Him Now," grooving with a gritty electric piano on the opener "Hospital for Sinners," letting the open road stretch out before them on the shimmering "Love Is a Country," and kicking up some dust on "It Won't Be Long (Till We're Not Wrong Anymore)." The Wallflowers don't abandon their identity as rock & roll classicists, they just now feel the freedom to mess around, and they've come up with one of their loosest, liveliest records that not-so-coincidentally is one of their best. 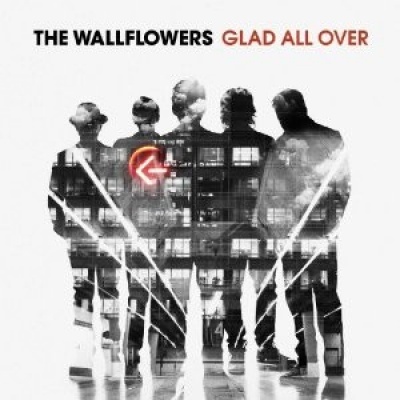 Glad All Over Album Information