After the release of The Element of Freedom, her fourth consecutive chart-topping and platinum studio release, Alicia Keys not only married Swizz Beatz and became a mother but stacked collaborations with Drake, Kanye West, Marsha Ambrosius, Jennifer Hudson, Emeli Sandé, and Miguel. The collaborative spirit continues all the way through Girl on Fire, an album sporting a list of around 20 co-composers and nearly a dozen co-producers. A small but significant portion of the album has Keys somewhere in the past, grappling with or sifting through a stifling relationship. That's the way the album begins, with the alternately reserved and cathartic ballad "Brand New Me," one of three songs written with Sandé: "You look surprised your words don't burn me anymore." Two of the better songs, both of which feature assistance from John Legend, immediately follow and are closer to Keys' personal breakthrough. The first one, "When It's All Over," is a gushing testimonial over a dizzying Jamie xx co-production -- a clash between acoustic jazz, synth funk, and minimal techno that will either thrill or repel. "Listen to Your Heart," the second one, is mechanical yet plush and dials it back for Keys to embrace new love; it's one of Rodney Jerkins' unassuming yet stunning beats. After a pair of bombastic anthems -- including the oddly written "Girl on Fire," which has her "living in a world, and it's on fire," then "on top of the world" with "both feet on the ground" and "our head in the clouds" -- the album loses its grip. It hits a low with "Not Even the King," an obvious "love is worth more than money" ballad, and "That's When I Knew," a tender back-porch ballad presumably about Mr. Keys. (If the mind wanders, consider that the object of affection is the man behind hits such as "Money, Cash, Hoes" and "It's Me B*#@hes.") Once "101," the last listed track, fades out, a chaotic outro fades in and peaks with Keys screaming, in a celebratory and defiant manner, "Hallelujah -- kicked down the door!" It ends the first chapter of her new life with several exclamation points, but it's missing one. The album could have used some swift and uplifting neo-disco like "Million Dollar Bill" or "Everybody Needs Love," exceptional songs that Keys and her husband wrote and produced for Whitney Houston and Jennifer Hudson. 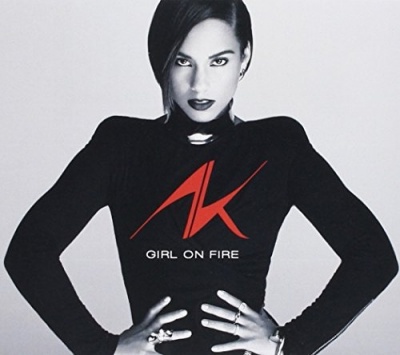