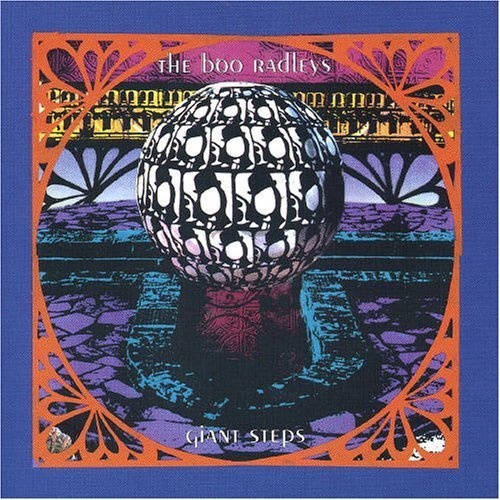 Titling an album after John Coltrane's masterpiece may well seem the height of pretension, but heck, it never stopped the Replacements from a similar move vis-a-vis the Beatles. As it is, the title is perfectly justified -- Carr, a Coltrane aficionado among many other things, here finally leads his band from the promising to the truly inspired. With the inventive, groundbreaking Lazarus EP as a touchstone (the title track is included here in an unfortunately abbreviated form), the Boos self-produce themselves to new heights. The genius of the Boos definitely lies in their ability to adapt many a different touch and make it their own, taking what are often straightforward, hooky pop songs and turning them into something more, an ability Giant Steps shows in spades. The old fuzz blast is here, but less beholden to the likes of My Bloody Valentine, instead drawing on Carr's wide-ranging tastes (Beach Boys, psych-pop, Human League/New Order-inspired arrangements) to reach different, individual conclusions. From the near free-noise wash of "Run My Way Runway" to the soaring pop blast of "Barney (...and Me)," a poignant, nostalgiac lyric backed by a thrilling overall performance, the band does little wrong. Brown and Cjeka effectively incorporate dub/reggae rhythms, as "Lazarus" itself showed they could do, blending in loping, funky skank to "Upon 7th and Fairchild" and the fantastic "Butterfly McQueen." Carr's guitar work is much more distinctly his own throughout the album, with often volcanic, inspired soloing adding a huge, echoed sound to many of the songs. A number of guest performers help, notably Steve Kitchen on brass; his trumpet and flugelhorn parts and flourishes add jazzy touches throughout, at times reminiscent of Miles Davis' work on Sketches of Spain.