Get Away from Me Review

A striking mix of radical and traditional, raw emotion and literate expression, hip-hop and vocal pop, Nellie McKay's Get Away from Me is the kind of feverishly inventive, sprawling album that only comes from young artists. Though it could've easily fit onto a single CD, it's a double-disc set designed to reclaim the feeling of flipping over a record; the back cover proclaims that McKay "is a proud member of PETA." While McKay's age (21 at the time of the album's release) and sound make comparisons to Fiona Apple, Nelly Furtado, and Norah Jones easy -- she even named her album Get Away from Me as a preemptive strike against it being lumped in with Jones' Come Away with Me -- McKay is a more esoteric and hyperactively creative artist. She seems determined to prove how smart and wide-ranging she is on the album, and for the most part, she carries it off. Juxtaposing songs like the swoony torch song to New York, "Manhattan Avenue," and "Sari," a rap song about everything that gets on McKay's nerves (including McKay herself), certainly demonstrates the extremes of her music. However, these rapid-fire stylistic shifts and the sheer amount of information that McKay puts in her songs sometimes makes the album more dizzying than dazzling. But Get Away from Me succeeds, sometimes in spite of itself, as a musical document of all of the contradictions of a 19-year-old young woman with more than half a brain in her head. Some of McKay's songs deal with fairly typical themes like coming to terms with womanhood, sexuality, and relationships, but McKay attempts to cover as much lyrical ground as she does musical territory, with mixed results. On "Work Song," it sounds like McKay has heard how soul-sucking a nine-to-five can be, but it doesn't have the ring of truth that some of her other songs do. "Ding Dong," on the other hand, deals with depression in a surprisingly sprightly way, and the similarly witty "Clonie" turns human cloning into a story about self-obsession. The traditional feel of McKay's songwriting style and voice and her subversive lyrics often give Get Away from Me the feel of being the soundtrack to some long-lost feminist musical. "It's a Pose" and "Won't U Please B Nice" (sample lyric: "If we part I'll eat your heart") apply McKay's sharp wit to men and love; "I Wanna Get Married" casts a languidly scornful eye on traditional notions of marriage. These songs, along with the equally charming album opener, "David," and closer, "Really," have a lighter touch that avoids the clever-cleverness that drags down some of McKay's work, but is still miles away from the mild-mannered coffee-table jazz she loathes. Get Away from Me is an exciting debut that could become a cult favorite among pissed-off girl-women of McKay's age; if she can focus her creative energy without sacrificing any of the bite of her debut, she'll become an even more impressive talent. 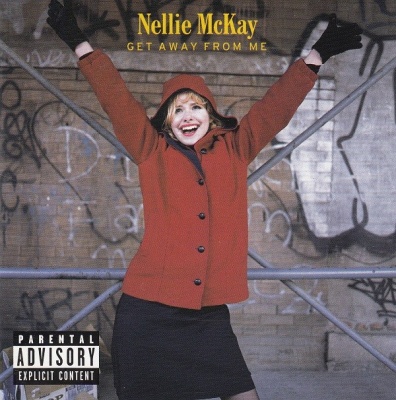 Get Away from Me Album Information