There have been plenty of Alan Jackson compilations -- some, like 2010's double-disc 34 Number Ones, have been quite extensive -- but there's never been an Alan Jackson box until 2015's Genuine: The Alan Jackson Story, a triple-disc set covering his long run at Arista Records. Genuine opens 1989's "Blue Blooded Woman" and closes with his duet with the Zac Brown Band, "As She's Walking Away," a 2010 hit that arrived two years after his last Top 10 country hit -- either for Arista or, as of this 2015 writing, in general -- "Sissy's Song." He's made good records for EMI in the 2010s -- as a rule, Alan Jackson doesn't make bad records -- but this set unquestionably covers his popular heyday, featuring every one of his enduring hits and a good selection of deep cuts to boot. The eight unreleased tracks, none of which come with specific recording details, touch upon many of Jackson's signatures, ranging from straight-ahead traditionalist country ("Born Too Late," "If Tears Could Talk"), soft-focused '70s singer/songwriter (a live cover of Steve Young's "Seven Bridges Road"), balladry ("Wings"), south-of-the border fiestas ("Seguro Que Hell Yes"), love of country ("The Star-Spangled Banner"), a chipper twanging neo-novelty ("Love Is Hard"), and rocking country ("Ain't Just a Southern Thing"). Every one of these are solid, worthwhile fan bait for the hardcore, and they do nothing to diminish a box set that accurately exemplifies one of the great careers in country music. 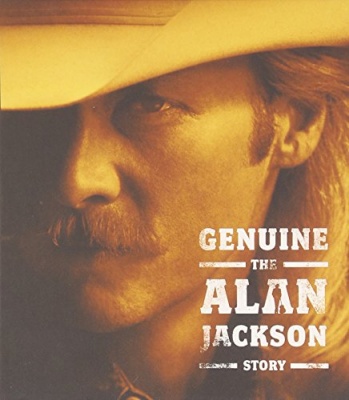