Five years separate Gavin DeGraw's 2003 debut, Chariot, and its eponymous follow-up, but really, who's counting? Gavin DeGraw exists in that netherworld where he's ubiquitous but unknown, played constantly in malls, movie theaters, TV shows, and American Idol, where his "I Don't Want to Be" was a virtual standard, but hardly seen as a star, as a star means everybody knows the name, not the art. Gavin DeGraw won't change things, either, as it pretty much offers more of the same as Chariot, polishing up the sound, turning it into something bigger and slicker, but not changing his vaguely rootsy, vaguely soulful pop a whit. Unlike Maroon 5, he doesn't chase after modern trends in either R&B or pop -- he sticks with what he knows, so the album spills over with excessively wordy rhymes and mannered oversinging, all delivered via circular hooks that pound their way into the memory. DeGraw vacillates between rhymes that are bewildering nonsensical ("Cop Stop"), thuddingly ham-handed ("Medicate the Kids"), or cluelessly vulgar ("A wet dream isn't the real thing/It isn't really anything/But at least it makes a spark," on the charming "Relative"), and they're impossible to ignore, as each song is overloaded with them. This isn't anything new -- all of this was apparent on the debut and anybody who enjoyed that will probably like this -- and in fact there's so little growth between records that it's hard not to wonder why it took him five long years to deliver what's essentially Chariot, Pt. 2. 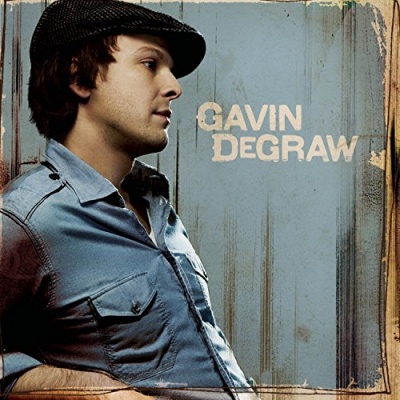