Following up his 2000 tribute to guitarist Django Reinhardt, Chasin' the Gypsy, saxophonist James Carter pays homage to iconic jazz singer Billie Holiday on Gardenias for Lady Day. Perhaps never before has the jazz iconoclast balanced so perfectly his "big top" avant-garde leanings with his more pinstriped traditionalist aesthetic. This is a beautiful album that revels as much in classic melody as it does in Carter's most torrid saxophone "skronk." Although the album largely succeeds on Carter's virtuosic performance, it gains most of its character from the deft and unpredictable orchestral arrangements of Greg Cohen and fellow Detroiter Cassius Richmond. In particular, Richmond brings a cinematic quality to the album with his treatments of "Sunset," "I Wonder Where Our Love Is Gone," and "Gloria" that breathe and swell, rubbing dramatically against Carter's muscular sound. Similarly, Cohen -- who has worked with such N.Y.C. downtown scenesters as John Zorn, David Byrne, and Tom Waits -- brings a quirky and epic quality to his tracks. Featuring a very Nina Simone-esque performance by vocalist Miche Braden, Holiday's most famous number, "Strange Fruit," is magnified by Cohen into a brooding film noir that ultimately descends into an apocalyptic barrage of screams and wails, with Carter and Braden manifesting all the anguish and anger the song implies. It is unclear if the orchestra and band recorded at the same time, but even if they did not, Carter's stellar rhythm section featuring pianist John Hicks, drummer Victor Lewis, and bassist Peter Washington lends an organic quality to the proceedings that feels natural and lithe. Continuing to display a unique and singular vision, Carter has crafted a fittingly urbane, elegant, and unnerving album that celebrates both Holiday's haunting spirituality and earthy sexuality. 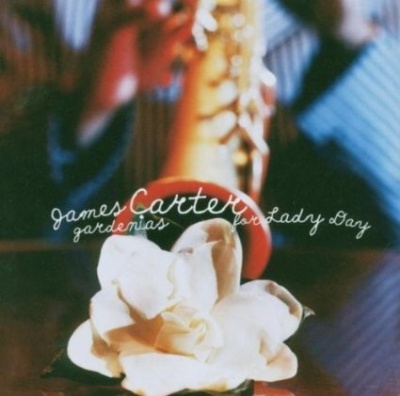