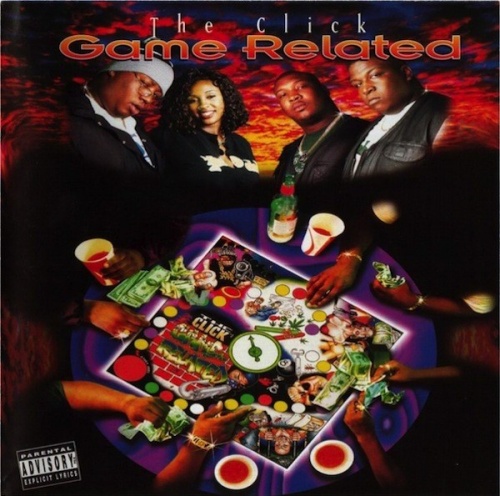 In addition to being solo stars in their own right, the members of the Click are all family; the group is comprised of Suga T, brothers E-40 and D-Shot, and cousin B-Legit. The Click's Game Related isn't markedly different than any of the group's solo work, nor does the team effort result in a stronger, more consistent record than their solo albums. Instead, the Click's record is a competent collection of hard-edged Californian hip-hop that has the occasional highlight, but more often than not is simply average.