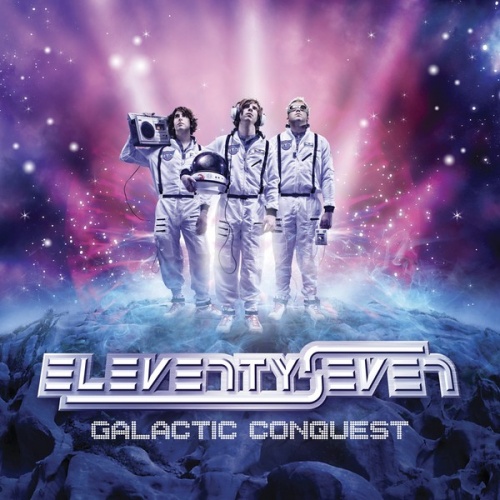 The mishmash of synth pop and power punk on the trio's sophomore release kicked any prior notion of the band's identity into orbit. Where they began to dig their own punk-pop niche à la Stellar Kart on their debut, heavy doses of keyboard transform and almost confuse their sound on Galactic Conquest. One minute they approach Relient K's tongue-in-cheek believer punk, the next minute they channel the soul of peppy '80s synth pop. While the juxtaposition appears to be an attempt at varying their sound, the annoyance factor weighs heavily by the end of the CD. "Galaxies Collide" and "Program Terminated" sound like a cross between a Gameboy soundtrack and aerobics instructions. Lyrically, the Christian themes continue -- for example, finding an identity with God on "Fight to Save Your Life" and "Retail Value."