1980's FULL MOON is probably the most polished and commercial album the Charlie Daniels Band made, in an apparent attempt to follow up the unexpected crossover success of MILLION MILE REFLECTIONS and its hit single "The Devil Went Down to Georgia." "Legend of Wooley Swamp" is almost an exact rewrite of that song, in fact.

While nothing here became as inescapable as "Devil," its slickly commercial sound struck a chord with the faux-country URBAN COWBOY crowd. "Lonesome Boy from Dixie," a rocker about a Civil War soldier, is a highlight, as is the bluesy "No Potion for the Pain" and the tender "Carolina (I Remember You)." The sentiments of the ultra-patriotic "In America" garnered a minor hit sure to be played on country radio stations around the Fourth of July every year. 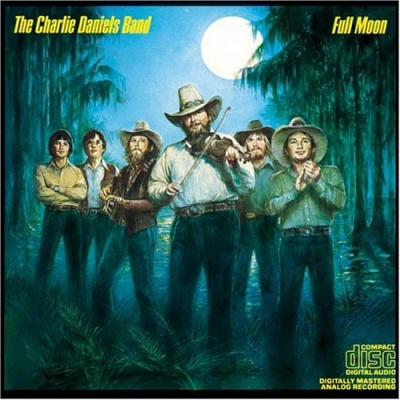