Boyz II Men grew up with 2000's Nathan Michael Shawn Wanya, providing a really fine, mature urban soul album, but not many noticed, so it was time for another new start in 2002. They left Motown and signed with Arista, where Antonio "L.A." Reid had successfully set up shop, breaking new acts and re-establishing old ones -- with the latter clearly in mind when he executive produced Boyz II Men's Full Circle, with the Boyz handling production duties. Everybody involved apparently decided that the best way to bring the boyz into the 2000s is by hedging their bets: offering a little of the stilted, early-'80s funk-influenced hip-hop that marked modern soul, while offering a lot of adult contemporary balladry. Although the group doesn't delve too hard into funk, it still doesn't mesh particularly well together, especially since the material, while well-sung as ever, isn't particularly distinguished. That doesn't mean it's bad -- the album is pleasant enough as it spins -- but it's simply not that memorable, which is quite a disappointment after the very, very nice Nathan Michael Shawn Wanya. 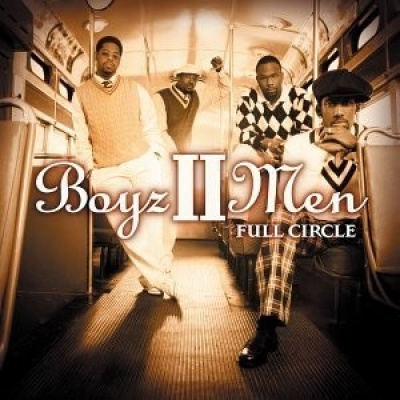