Upon 311's vigorous return, vocalist S.A. Martinez declares, "I'm on a new high with a pen and a pad, and for fun I attend a jam that's super bad." While the members of the Omaha-bred quintet aren't lyrical rocket scientists, these disciples of positivity have nonetheless re-emerged "on a new high" with "a jam that's super bad." From Chaos astonishes and impresses with considerable energy and focus, proving itself as the album 311 has always been capable of making. With Tim Mahoney's razor-edged riffing and Nick Hexum and Martinez's super-charged vocals, their Volcano label debut rocks harder and rides smoother than each preceding effort. Amidst their signature hip-hop/heavy rock/reggae hybrid, 311 additionally blends surf guitar over jungle beats, merges punk guitar with dancehall, and introduces ska, à la Hexum's autobiographical "I'll Be Here Awhile," to their sonic repertoire. Tracks such as the carpe diem-inspired "Wake Your Mind Up" and the boastful "Sick Tight" prove the quintet hasn't forsaken their old-school formula, while the amorous "Amber," perhaps their most charming composition, exhibits a melodic versatility and musical ambition unlike many of their pigeonholed contemporaries. Under the technical lead of veteran producer and engineer Ron Saint Germain (aka Saint), From Chaos effectively "captures the energy of the live shows," per bassist P-Nut, and despite the band's growing musical complexity, each selection remains a perfect candidate for the well-traveled road ahead. Drummer Chad Sexton affirms "it's our best-performed record," and despite the album's semi-ironic title, he couldn't be more right. Moreover, this enhanced CD provides entertaining eye candy, which offers bandmember interviews, studio photos, and trailers from both Enlarged to Show Detail videos. Whether employing the computer or stereo for amusement, From Chaos is the sonic cornerstone for remarkably original rap-metal. 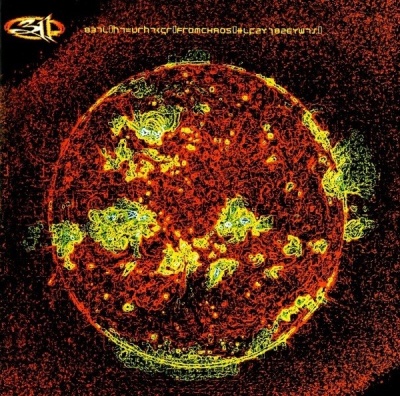