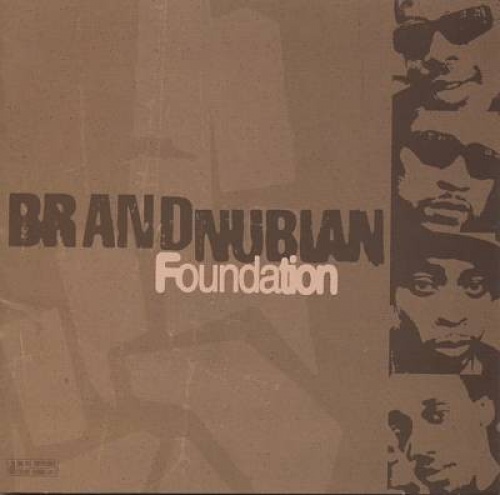 Foundation, the first album since Brand Nubian's 1990 debut to feature all four original members, is an incredible return to form. The rhymes by Grand Puba, Sadat X, and Lord Jamar are as striking as they were on the group's breakout, and the focus on message tracks is a refreshing turn from the rap world's played-out tales of thug life. "Don't Let It Go to Your Head" is a cautionary tale for arrogant one-hit rappers, while "Probable Cause" is a scathing attack on the notorious tactics of the New Jersey State Police and "I'm Black and I'm Proud" is an enjoyable roots epic. There are plenty of simple feel-good tracks as well, although those omnipresent Wu-Tang strings appear on several songs (just as on every other major rap album released in 1998). The group ably manages to sidestep another late-'90s rap cliché, enlisting a different outside producer for each track. Though Foundation is no different -- featuring DJ Premiere, Lord Finesse, and Chris "CL" Liggio, among others -- most of the best tracks were helmed by Nubian members Grand Puba or DJ Alamo. Of the few N.Y.C. rap acts still left a decade on from rap's golden age, Brand Nubian sound the freshest.