More than anything, Korn are about sound. They write songs, but those wind up not being nearly as memorable as their lurching metallic hip-hop grind. They have yet to exhaust that sound, and that's why their third album, Follow the Leader, is an effective follow-up to their first two alt-metal landmarks. Not that it offers anything new -- it's the same sound, offered in a more focused forum than Life Is Peachy, but not sounding as fresh as Korn. In fact, it begins to wear a little thin toward the end of the album, but guitarists Head Welch and Munky Shaffer find enough tonal variations over the course of the album to keep it interesting, and vocalist Jonathan Davis nearly matches them with his cavalcade of voices. If the songs themselves don't leave much of an impression, it's because they're not supposed to -- they're simply vehicles for the metallic grind, which provides all the visceral rush any Korn fan needs. 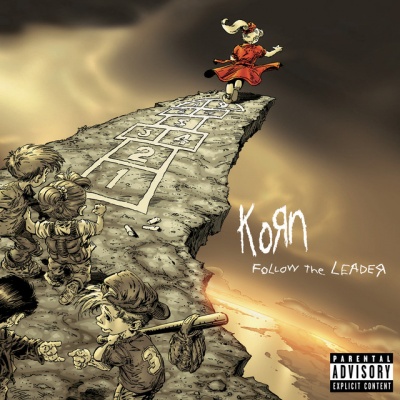