The FIFA World Cup is an international soccer competition that has been held every four years since 1930 (except during World War II) and that in 2002, for the first time, was held in Asia -- South Korea, to be precise. This compilation of tracks by artists from around the world commemorates the match. But just as soccer is a game played by the same rules no matter the nationality of the people playing it, so this collection is devoted to Western-styled pop sung almost exclusively in English, no matter where the performers are from. You might say this is "world music" in the sense that Monaco's annual World Music Awards show defines it, except that they allow for local languages even when the music all sounds like dance-pop. Instead, listeners have here a bunch of performers who range from Celine Dion wannabes like Lara Fabian to people who are doubtless hoping that lightning will strike for them on an international scale, as it has for Los Del Rio and Eiffel 65. A few of the performers have already made their mark in the U.S. -- America's own Jennifer Lopez and Anastacia, as well as Portugal's Nelly Furtado -- but most are unknown stateside. They range from Britain's a1, who turns in some catchy pop/rock in "Let It Out," to Japan's Mondo Grosso, whose "BLZ" recalls the flamenco sound of the Gipsy Kings. Still, the primary style is heavy-handed Euro-disco. Although there is not only an official song but also an official anthem of the game here, little refers specifically to sport, the exception being Love United's "Live for Love United," which is about playing on "the biggest team on earth." But clearly the intention is to expand beyond a mere soccer game into an event. 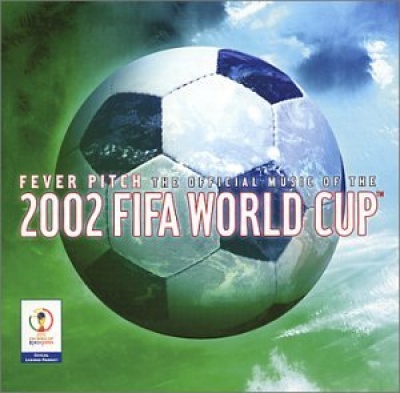