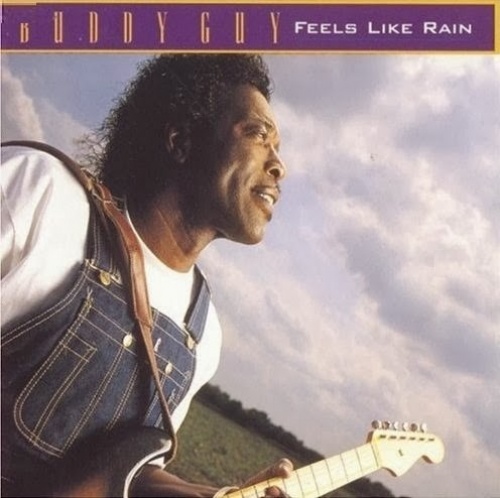 On Buddy Guy's second Silvertone release, he continues the practice of guest appearances begun on Damn Right, I've Got the Blues. In this case, the notables include Paul Rodgers, Travis Tritt, and John Mayall. The finest combination comes when Bonnie Raitt joins Guy on John Hiatt's "Feels Like Rain." Raitt's gritty vocals and sweet slide guitar add a pleasing nuance to the bittersweet track, and it is ultimately the high point of the record. Certain critics and blues purists have derided Guy's search for mainstream success as evidenced by his penchant for guest appearances and non-traditional blues forms, but Guy sounds fantastic in these unconventional situations (witness his burning version of the Moody Blues' "I Go Crazy"). Guy's vocals, often under appreciated, really sell this song. As for his guitar playing, it is slightly below his usually high standards. He often sounds sloppy and unfocused, an extremely noticeable exception being his explosive solo on the John Mayall duet "I Could Cry," but his singing, especially on the soulful "Feels Like Rain," is full of character. Guy's backing band is top-notch, particularly bassist Greg Rzab, who plays both more actively and more melodically than most bassists working in the blues idiom. Guy has recorded better blues in his career, but on Feels Like Rain he shows that he is comfortable in more mainstream situations as well. The blues on this record often just sound flat for some reason, like Guy and his band are just going through the motions. But on up-tempo R&B tracks such as the Paul Rodgers duet "Some Kind of Wonderful" or Guy's pairing with Travis Tritt on "Change in the Weather," the bluesman sounds excited and fresh. It must be mentioned that the production is a bit on the thin side throughout, and many of the tracks simply do not pack enough punch. Despite this, the album is quite strong. Feels Like Rain is not the place to look for Guy the legendary blues guitarist, but, taken for what it is, it is extremely entertaining.