Fearless arrives just two years shy of the band's 20th anniversary, but Phillips, Craig & Dean sound as contemporary as ever, mining the same mix of Christian rock and polished pop that younger CCM artists often champion. U2 and Coldplay are obvious touchstones here, their influence evident in the chiming guitar arpeggios of "Revelation Song" and the general sense of lush, spiritual uplift that permeates all ten tracks. Family-friendly alternative rock also comes into play, adding a touch of distortion to the guitars and a minor-key ambiance to songs like "Spirit of God Is Here." Fearless is far too safe to garner airplay on secular radio stations, as it never quite balances its secular intentions with the same commercial aspirations as, say, Switchfoot. There's no subtlety in the lyrics, no nuance, no chance that "Great Are You Lord" and "Let God Be God" could be about anything but God. Fearless doesn't seem concerned with secular success, however, making this a perfectly pleasant album tailored to the Christian crowd. 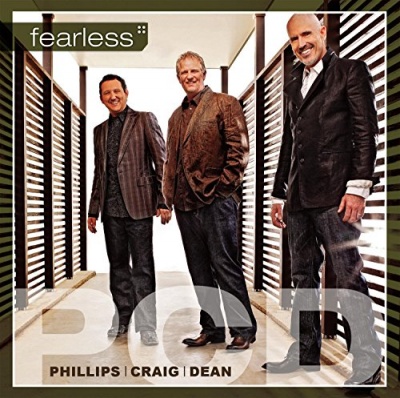