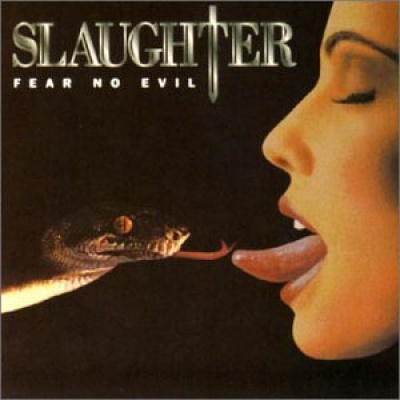 During the alternative boom of the early '90s, Slaughter's pop audience simply disappeared, as did their major-label contract. To retaliate, Slaughter stuck together and became one of the first hair metal bands to sign with CMC International, an independent label who decided to preserve pop-metal for the late '90s. Fear No Evil, the first record Slaughter released on CMC, isn't a triumphant comeback, but it isn't bad either. They never were among the best pop-metal groups, lacking the hooks and charisma to make it to the top, but Fear No Evil shows that they could rock harder than anyone would have expected. Stylistically, there is no change -- these are the same three-chord rockers as before -- but they hit harder now, and the result is a record more enjoyable than The Wild Life, if not as catchy and well-constructed as Stick It to Ya.